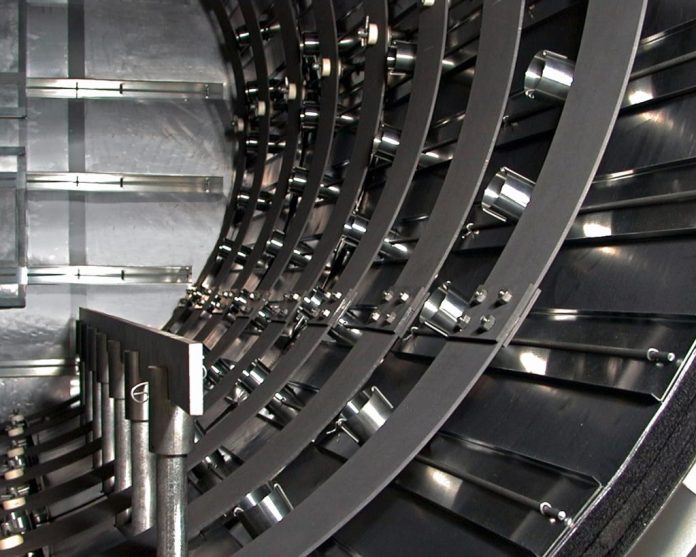 Aluminum alloys are widely used in aerospace, construction, electrical appliances, automobiles, ships, and other sectors for their lightweight, good corrosion resistance, excellent thermal and electrical conductivity, etc. The amount is increasing and has long been considered as a structural material for making heat exchangers, waveguides, and many other complex components.

The processing of aluminum alloys is very important in the manufacture of their products, and one of the most important methods is the vacuum brazing process, which does not require any brazing flux. Because of its many advantages: no complicated cleaning work before and after welding, simplified operation, avoidance of slagging caused by brazing flux, no residual brazing flux in the structure to ensure its corrosion resistance, high productivity, etc., The application of vacuum brazing of aluminum alloys is bound to become more and more widespread in view of the current and future environmental protection concept.

The surface of aluminum alloys has a dense and very stable oxide film Al2O3, which is the main obstacle to the wetting of the base material by the melting brazing material. It is difficult to remove the oxide film by vacuum conditions alone and must be accompanied by certain metal activators, such as Mg, Bi, etc. In the early days, it was thought that the purpose of film removal could be achieved by the action of Mg. This is because:

Although there has been a great deal of research and testing to make vacuum brazing of aluminum alloys common in the industry, no reasonable explanation can be given for the many scrapped brazed joints that occur in actual production. Aluminum alloy vacuum brazing is sensitive to small changes in parameters, and prefabricated brazing alloy cladding from different manufacturers often shows significantly different brazed joints, even though the composition is within the specified range. So far, due to the lack of a truly accurate understanding of the mechanism of vacuum brazing of aluminum alloys, the development of an ideal vacuum brazing process has been greatly limited and is still largely based on the practical experience accumulated in the past.

Most brazing alloys are based on the Al-Si system, w(si) is generally in the range of 7% to 12%. These brazing alloys are rare and excellent in terms of brazeability, strength, and color consistency of the base material, plating, and corrosion resistance, especially because they can be densified to greatly increase the toughness and bending strength of the brazed joint. The Al-Si system with a w(si) of 11.7% is a eutectic system with a eutectic temperature of 577°C. This composition is the standard brazing material commonly used in production and is suitable for brazing a variety of aluminum alloys with relatively high melting points, such as 3A21. The addition of Mg and other elements to the Al-Si braze can be used to formulate new brazing alloys. Commonly used brazing material components and brazing temperature ranges are shown in table 1 below:

In addition, brazing composite plates is also a commonly used method, i.e., a brazing alloy is wrapped on one or both sides of the structure’s base metal, and the relevant data are shown in table 2 below.

Vacuum brazed laminates are much easier to use than wire, strip or powder, and can be easily used to make complex parts. When the cladding metal on the brazed plate melts, it can directly wet the bonding base material and immediately fill the gap. Joints can be formed with only slight diffusion.

In order to lower the melting point of the aluminum brazing material, the Al-Si-Ge system was developed, which can lower the melting point up to 423°C. The fluidity of the brazing material is good and the spreading is excellent, but the addition of Ge makes the brazing material much more brittle, the corrosion resistance deteriorates, and the color is dark, so it cannot be used as a practical brazing material for vacuum brazing. According to the relevant data, the system alloy has improved greatly after the densification of Na, Sr, La, and other elements, which proves to be a very meaningful brazing alloy with a good brazing process. In-depth studies should lead to a brazing alloy with better overall properties.

The phase diagram of this system shows an inclusion eutectic point with w(Si)=13% and w(Be)=0.5%. The composition taken is the inclusion eutectic point, whose temperature of 571°C is 6°C lower than that of the Al-Si eutectic. The strength of the brazing material is significantly increased by the combined densification of Sr and La. However, the melting point is still high and not suitable for brazing high-strength aluminum alloys such as 6061. If the melting point can be further lowered, the brazing material of this system will be very promising.

At present, although some low melting point brazing alloys for vacuum brazing are available in the laboratory, the real brazing alloys with certain corrosion resistance and good mechanical properties still have not reached the requirements suitable for industrial production.

Check out our Vacuum Brazing Furnace in details 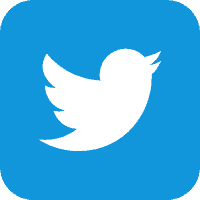 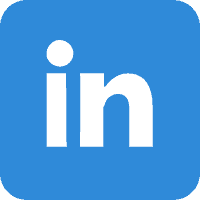 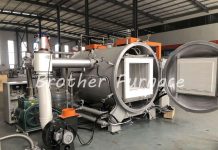 What is a complete vacuum system

What is vacuum oil quenching and vacuum gas quenching?

What are the advantages of vacuum heat treatment? 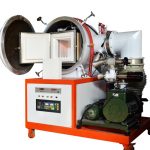 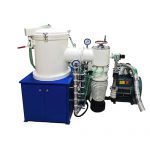 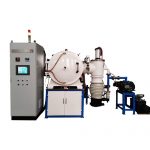 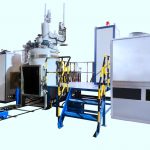 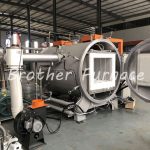 What is a complete vacuum system

There is a wide range of vacuum equipment, but they all have a pumping system to remove the air or gas to obtain the...

Winter has arrived, but our factory is bustling with activity. Let’s recap the Brother Furnace highlights of December 2022! A big vacuum furnace for DPF... 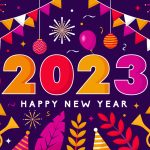 To understand the application of vacuum brazing, we must first know what vacuum brazing is： Brazing: Using a metallic material with a lower melting point...
Load more 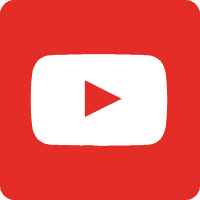